God is good! We have just begun our second and final week here in China. A lot has happened already and I will get into that in a little, but I ask our church family to pray for what is to come these upcoming days. Your continual prayer has made the Father’s presence thrive here.

Coming into this trip, I was concerned that Chinese students were going to be hard soil to sow, but I was completely mistaken. Their hearts are soft and they are open to God’s Word. It is very encouraging to see the work that has been done already here at the university. The impact AK and other missionaries have had here was evident right when we stepped foot on campus. David shared with us yesterday how God’s work will neither be started nor completed by us here. We are only at this university for two weeks, and we are here to take students 1-2 more steps down their spiritual journey than when we met them. Of course I want to see students come to Christ when I am here, but realistically I have learned it is a process. A process that can’t be forced. A process that can’t be done by man alone. A process that will glorify God. “But Jesus looked at them and said, “With men this is impossible, but with God all things are possible”” –Matthew 19:26

It is going to be hard to highlight all that has happened here, so I will share a few experiences. In particular, I have met a student named Richard. He has only been studying English for two years, but he has the best English out of any of the students I have met. He has a unique story. He is from a small village in northeast China, and he is the first one in his family to attend college. His parents are farmers, and his two siblings are not in school anymore. He feels a lot of pressure to live up to the expectations his family has for him. If you ask most students what they are passionate about, they will tell you school and honoring their parents. God has told me to pour into Richard. He is open to becoming a follower of Christ, and I have been sharing my journey with him. It has been natural. The best way of connecting with him has been relating our two cultures, and tying it back to God’s love for both of despite our cultural differences. We understand each other, and God has been working in his heart for quite some time.

This past Friday I had the opportunity to lead the bible study of a foreign teacher on AK’s team. I had never led a bible study for international students let alone people older than myself, but it worked out well. Samuel asked to talk about the Parable of the Prodigal Son in Luke 15. My senior year David and I went through Tim Keller’s “The Prodigal God” together so it felt right. This book showed me that I was the older son in this parable, and really spoke truth into my life about my twisted heart. Leading this bible study was a blast, and the nine Chinese students that came interacted very well. We broke down the three characters in this parable: the younger son, the older son, and the father. I gave my testimony, and we talked about what it looks like to make God personal. For about 16 years of my life God was not personal, but this parable changed things for me. I think it went well, and I saw God stirring the hearts of these students. We played games after, and it was a fantastic night.

The following day David and I took some students to Xi’an and we got to experience some history of China. There is an 8 mile city wall that we got to bike around. It is one of the largest ancient military defensive systems in the world, and it was amazing to see some of the skyscrapers around Xi’an on this wall. We did some shopping in the Muslim Quarter, and later played card games at a Starbucks. Always good to see something familiar when you find yourself on the other side of the world. Anyways, I better stop writing because it could be a while. I hope this gave you some insight about China, and I thank Foothills for all of its support. See you guys very soon J

Panda Express is not actual Chinese food. The food here is 10x better! 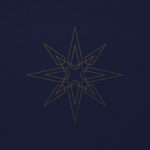 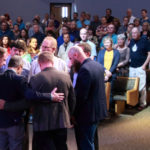